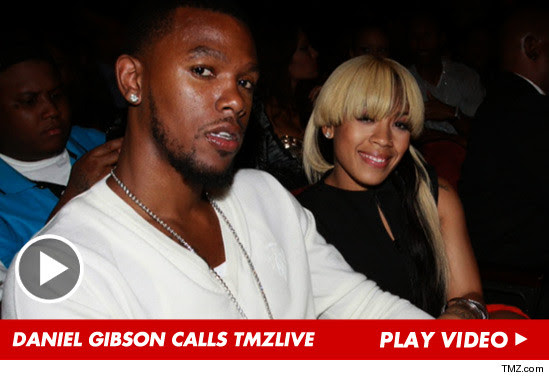 Daniel Gibson is facing a second-degree battery charge following an altercation earlier this month in New Orleans, a New Orleans police spokesperson confirmed to the Beacon Journal. Gibson turned himself into police around 9:30 a.m. CDT on Monday and was out on bond about two hours later.
The Cavs are aware of the incident, but are continuing to gather information and have no comment. Gibson is a free agent and wasn't expected to return, even before the incident, after spending his first seven years here.
Gibson is accused of punching a man around 5:15 a.m. on July 8 and subsequently breaking the man's lower jaw bone. New Orleans television station WDSU, the first to report of Gibson's arrest, reported Gibson was in town attending the Essence Festival over July 4 weekend. Gibson's wife, singer Keyshia Cole, performed a couple of nights earlier at the music festival.
"It's unfortutane that some see opportunity in taking advantage of people who work hard for what they have achieved," Gibson told TMZ.com in a statement. "Once all the facts of the incident come out, I expect to be fully vindicated."
Louisiana state law defines second-degree battery as an assault in which the offender "intentionally inflicts serious bodily injury" on another person.
Posted by JoeBlaxTV at 4:23 PM