Actor Sherman Hemsley unburied amid fight over his remains..... 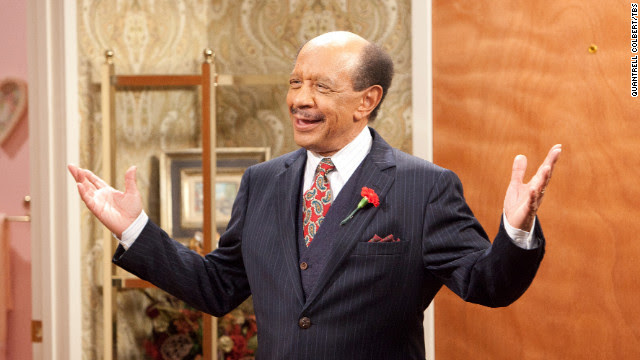 Sherman Hemsley reacts during a scene in an episode of "House of Payne" in April 2011. Hemsley, who played the brash George Jefferson on "All in the Family" and "The Jeffersons," died Tuesday at 74, his booking agent said.
HIDE CAPTION
TV star Sherman Hemsley
<<
<
1
2
3
4
5
6
7
>
>>
STORY HIGHLIGHTS
(CNN) -- Sherman Hemsley's body lies in an El Paso, Texas, funeral home refrigerator more than a month after his death while a court decides who gets the actor's remains.

A Philadelphia man claiming to be the "Jeffersons" actor's brother is challenging a will Hemsley signed a month before his death, according to the funeral home handling his arrangements.
"It is disgraceful," Hemsley's longtime partner Flora Enchinton told CNN affiliate KVIA-TV. "It is sad. This was a man with dignity."
The will signed by Hemsley on June 13, 2012, a month after he was diagnosed with cancer, named Enchinton as executor and left his entire estate to her, according to court papers.
Your video will play in 29 secs
Hemsley's embalmed remains are kept in a refrigerator at San Jose Funeral Home in El Paso awaiting a court order allowing burial or with instructions on who should be given the body, funeral home employee Renny Dosier said Thursday.
A spokeswoman for the El Paso County Probate Judge Eduardo Gamboa declined to comment about the case.
Enchinton, who said she lived with Hemsley at his El Paso home for the past decade, told KVIA-TV that the dispute gives her a "very ugly feeling, very desperate feeling that I feel inside."
Sherman Hemsley: A tribute to the great George Jefferson and more
"The emotional thing is you wake up thinking he's still frozen out there," she said.
Contrary to what Enchinton said, Hemsley's body is "embalmed under refrigeration," not frozen, Dosier said.
The man who claims to be Hemsley brother is asking for custody of his remains and possessions.
"I have never heard of a so-called brother named of Richard Thornton in the 20 years I have known Sherman," Enchinton said. "This is not what Sherman would have wanted."
"Sherman left very worried about me, about me staying alone, what was going to happen to me, being alone if he was gone. That's what worried him the most. I guess maybe he sensed what was going to happen. It just gives me these emotions and feelings (that) all of a sudden there's these people that have never known anything about our life, about who we are, about what we're all about, about what we endured," Enchinton said about the validity of her role in Hemsley's life being questioned.
Hemsley played George Jefferson, a wisecracking owner of a dry cleaning business, on "All in the Family" from 1973 until 1975, when the spinoff "The Jeffersons" began an 11-season run on CBS.
Hemsley also played Deacon Ernest Frye in the sitcom "Amen."
Posted by JoeBlaxTV at 6:54 PM