Rihanna’s Dad approves of her getting back with Chris Brown... 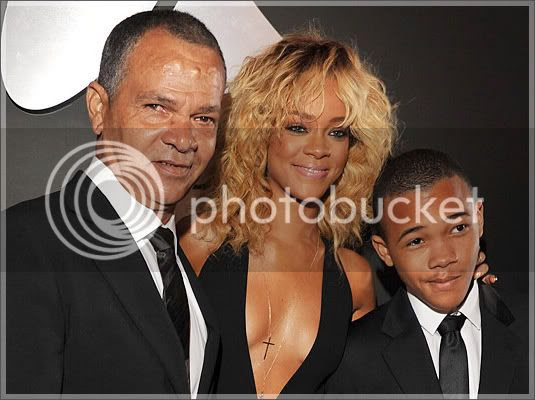 Rihanna’s father, Ronald Fenty, approves of her getting back together with her abusive former boyfriend, Chris Brown.
In an interview with Heat magazine (via the NY Post), Mr. Fenty said, ”Chris is a nice guy and everybody’s entitled to make mistakes in their life. God knows how many I’ve made.” When asked about the singer collaborating with her ex on two songs, he responded, “She’s her own woman now.”
Daddy Fenty also took credit for motivating Rihanna to lose weight after he noticed how sloppy she looked when they last saw each other when she visited her native Barbados in August. Mr. Fenty said that, at the time, his daughter was not looking her best and that he wasn’t shy about critiquing her body.

“I actually thought she was a little fat the last time I saw her,” Fenty said. “When I saw her at this year’s Grammys, I thought she was back to her normal size. I used to joke with her, ‘Robyn, you’re getting too fat.’ But I think she’s fine. I think she looked excellent, as everyone saw, at the Grammys. She’s dieting, she’s working out.”
Rihanna started working out again because she had gotten back with Brown on the low and she knew she had to get back into shape if she was going to win him from her rival, Karrueche, whom he has been dating for 3 years


Rihanna’s dad approves of her getting back with Chris Brown : Sandra Rose

Posted by JoeBlaxTV at 6:29 PM